The latest update about payday loans is that of the Consumer Financial Protection Bureau (CFPB) rescinding The Final Rule published on November 17, 2017. In a nutshell, the Rule considered unfair and abusive to give short-term or longer-term balloon-payment loans without checking customers’ ability to pay and making sure they could cover their recurring expenses without having to re-borrow. So, the rule mentioned above introduced a set of requirements to regulate payment practices, documentation, eligibility, etc.

CFPB says, “it changes the Final Rule to amend the regulations governing payday, vehicle title, and certain high-cost installment loans.” “Our actions today ensure that consumers have access to credit from a competitive marketplace, have the best information to make informed financial decisions, and retain key protections without hindering that access,” said CFPB Director Katy Kraninger in a written statement. Still, to some people, it doesn’t sound like an improvement at all. According to the finalized rule, the lenders don’t have to check the borrowers’ ability-to-pay. Thus, leaving all the responsibility on the customers.

On the one hand, it may make some customers happy, as they will now have access to emergency funds. We heard many people say that most financial institutions have impossible-to-meet requirements nowadays. Also, there are too many limitations on how often you can apply, how much money you can get, and how you can spend the obtained cash.

On the other hand, as most restrictions are off, people may not be able to control or fully realize the consequences of their steps. Thus, these updates may be the reason of long-term devastation on people’s finances.

CFPB Director Kathy Kraninger “has deliberately neglected the CFPB’s mission and is actively exposing consumers to some of the worst abuses in the financial marketplace. It is unthinkable that the agency would undermine critical protections against predatory payday lending during a global pandemic and economic catastrophe, when consumers are most vulnerable.

“Determining a consumer’s ability to repay a loan is a fundamental principle at the heart of responsible lending. Payday lenders wanted this sensible protection removed because they don’t want borrowers to be able to repay small dollar loans. They want to prey on consumers by trapping them in a cycle of debt.”

"The CFPB's action will ensure that essential credit continues to flow to communities and consumers across the country, which is especially important in these unprecedented times."

Mike Calhoun, president of the Center for Responsible Lending

"There is never a good time to enable predatory loans carrying 400% interest rates, but this is the worst possible time," "The pain caused by the CFPB gutting the payday rule will be felt most by those who can least afford it, including communities of color who are disproportionately targeted by payday lenders."

“The 2017 rule was working. Lenders were beginning to make changes even before it formally took effect, safer credit was already starting to flow, and harmful practices were beginning to fade. Today’s action puts all of that at risk.” 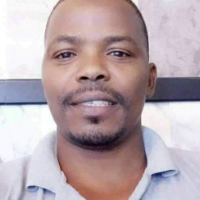